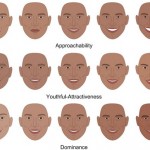 The findings of the study detailed in this post are evidence that the science of Phrenology does have validity.

The news article reprinted below proves Phrenology is a legitimate scientific discipline in all but name. The story details how scientists have discovered that specific facial looks are associated with certain genetic conditions, which themselves are associated with particular personality and mental characteristics. Which is exactly what Phrenology claims. 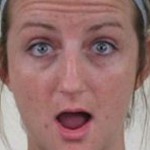 Phrenology states that the shape of the head is associated with various emotions etc. The faces described in this study, if they are used over the course of decades, would of course change the shape of the head permanently in some way. Whatever way the head permanently changed would tell the observer which emotion that individual expressed the most over their lifetime, and therefore which one they would be most likely to express in the future.

Researchers have found we have an inbuilt ability to tell how intelligent a man is just by looking at them. The team from the Czech Republic found people we unable to perform the same deduction on women. The team admit they are baffled as to how we do it – and say it does not […] 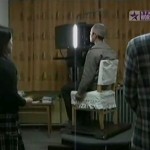 A news story reported helmets made for Western heads did not fit well on Asian heads. After scanning the heads of volunteers, researchers found that the average Asian head is fatter than the average Western head.

Asian heads are fatter than Western heads because Asians have a developed Yin part of the body and Westerners do not.