Human beings originally evolved from a single cell floating in the ocean. According to Happeh Theory, just about everything worth knowing about the human body, can but inferred by study of the original single cell that human beings sprang from.

A single cell reproduces through a process called cell division. The cell splits itself into two identical new cells. The picture below is of an uncompleted cell division process. The two new cells are still connected to each other. 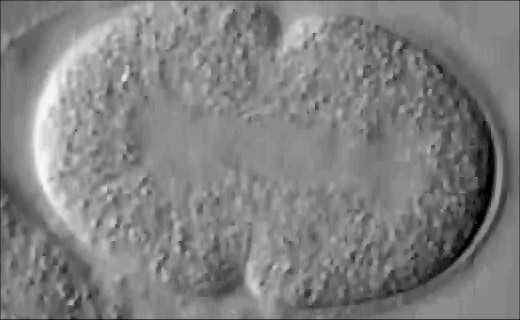 In the next picture, the cell has been turned so it is vertical.

Then the vertical dividing cell is cut in half, so that only the upper half is shown. 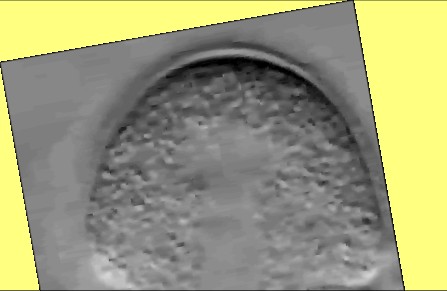 Take a look at the next picture. 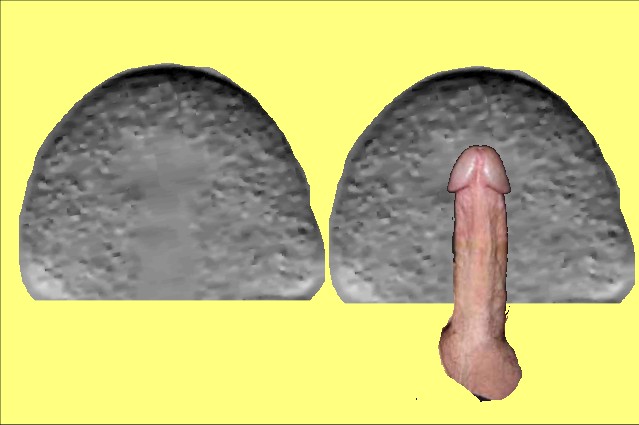 There are two single cells side by side in the picture. A male penis has been superimposed on one of the cells, so that it overlaps the smooth area inside of the cell.

That is not the only insight into the human body that can be found in this picture though. Here is the next picture.

The next picture outlines only the smooth area of the dividing cell, and the natural divide of the human male penis head.

As is clearly visible in the picture, both the dividing cell and the penis have a primitive keyhole type shape to them. There is a rectangular or triangular bottom half, that rises up to a circular area.

Are those similarities a coincidence?