The man in the next picture has been involved in physical training that has made his body behave as if it has one large eye. 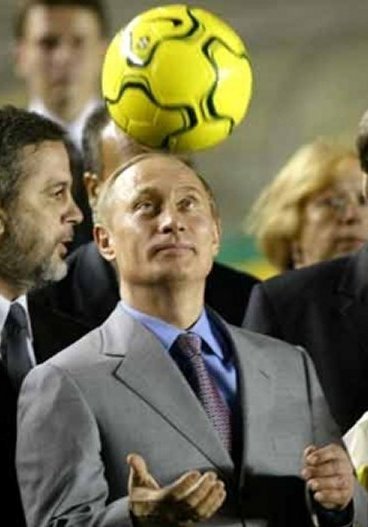 The observation leading to that conclusion is the precise focus of his eyes on the soccer ball in the air in front of him, 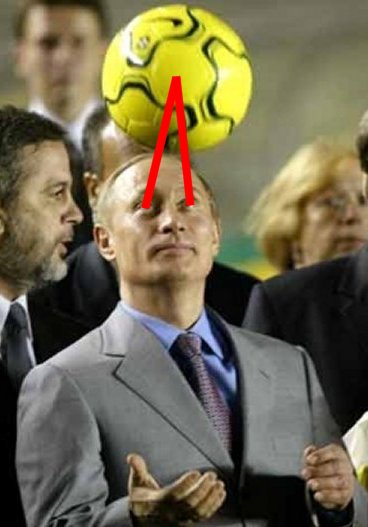 which also focuses his head on the soccer ball. The soccer ball centered on the man’s face demonstrates the approximate size and location of the man’s Big Eye. The single large eye engulfs and covers both of the normal eyes, as would be expected if both normal eyes work together to create the single Big Eye. 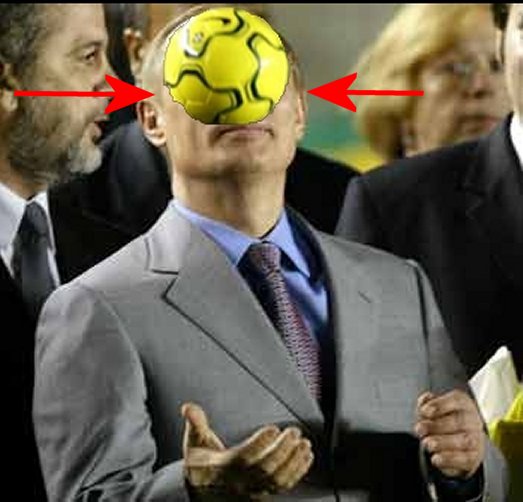 This comparison picture can be used to satisfy any curiosity about whether or not the soccer ball superimposed on the man’s face really is aligned with the soccer ball floating in the air in front of the man. Please examine the head and face of the man in this picture.

This man is an example of a human being whose Big Eye is not centered on his head as it should be.

What are the clues that lead to that conclusion?

The man’s head is rotated to the right of his body,

and his eyes are focused to the left of his body. The man’s eyes are looking to his left to compensate for the fact his head is rotated to his right. That disconnection between the direction the head is pointing, and the direction the eyes are pointed, is one of the signs a person’s Big Eye has moved away from it’s proper location centered on the head.

Because the Big Eye is composed from both regular eyes, it seems reasonable to assume that if the man’s normal eyes have moved to his left, then his Big Eye has also moved to the left.

That is in fact the case. The shrunken soccer ball in this picture shows approximately where the man’s Big Eye is located.

When the Big Eye moves away from it’s proper location centered on the head, it will change the appearance in a way that indicates where the Big Eye has moved to. The next comparison picture is meant to help find those signs in the face.

The circle drawn on the center picture outlines the same area of the head that the soccer ball was superimposed over. The reader should be able to see a circular area in the unaltered photo approximately where the outline in the center picture is located. The face inside and outside of the outline is changed in a way that careful examination should reveal.

After examining that comparison picture, it might be possible for the reader to see that the man’s body is behaving as if it is looking out of one Big Eye that is centered on the left side of this face.