The example picture for this blog entry is shown below.

This example is a relatively subtle one. The man’s face looks to be almost uniformly bright. Closer examination reveals there is a small area on the left side of his head by his left eye that shows some darkness.

Now that the some darkness has been pointed out in the man’s face, please take a minute to reexamine the base picture to see if your current awareness of the black area has changed your overall impression of the man’s face.

Your reexamination of the picture should have brought new information to your attention. The man’s head is tilted slightly to the left,

the same side of the head where the dark area is.

The ear on the left side of the man’s head,

the same side of the head the dark area is on,

is smaller than the ear on the right side of his head. 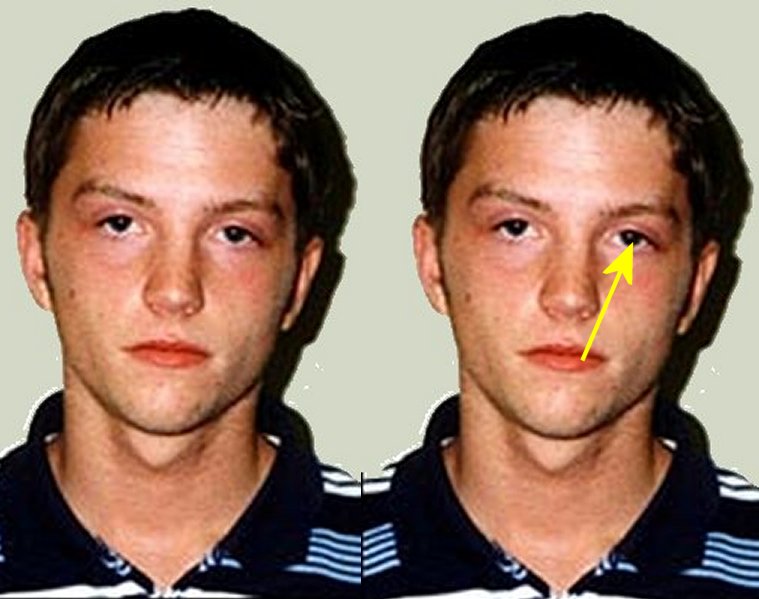 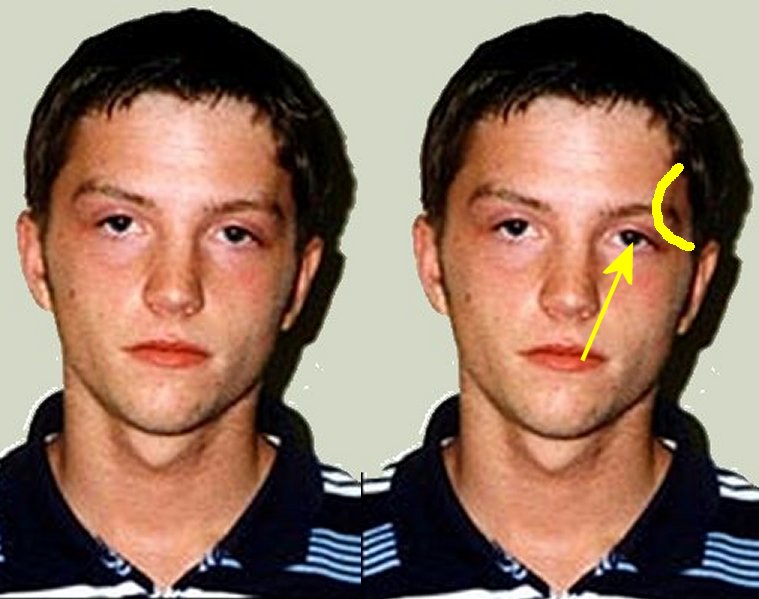 shows signs of contraction and bruising on the outside right next to the small dark area.

All of those observations support the claim that Black In The Face is the result of contraction and shrinking of some part of the head and face. If we agree that the head really has contracted or shrunken in the small dark area,

that contraction would pull the left ear towards it and shrink it. 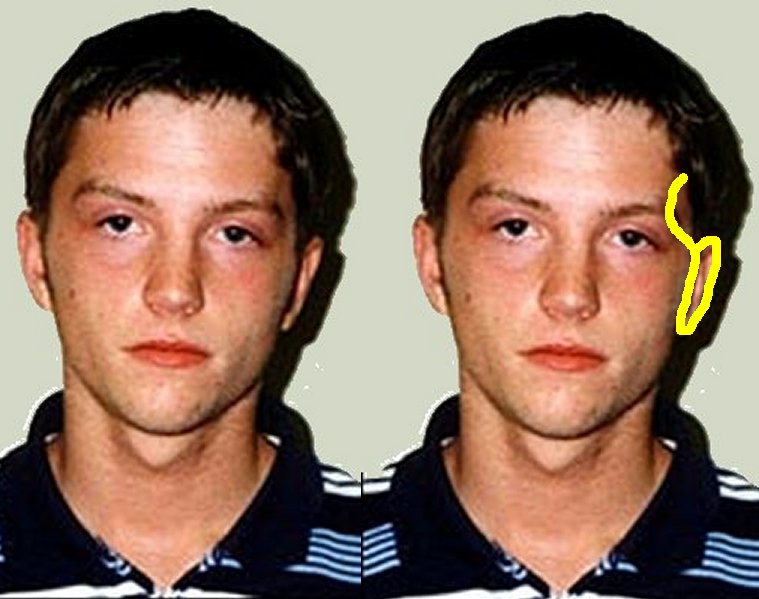 The same contraction of the small dark area that pulls the left ear towards it and shrinks it, would also pull the rest of the head towards it, causing the tilting of the head to the left that was observed, 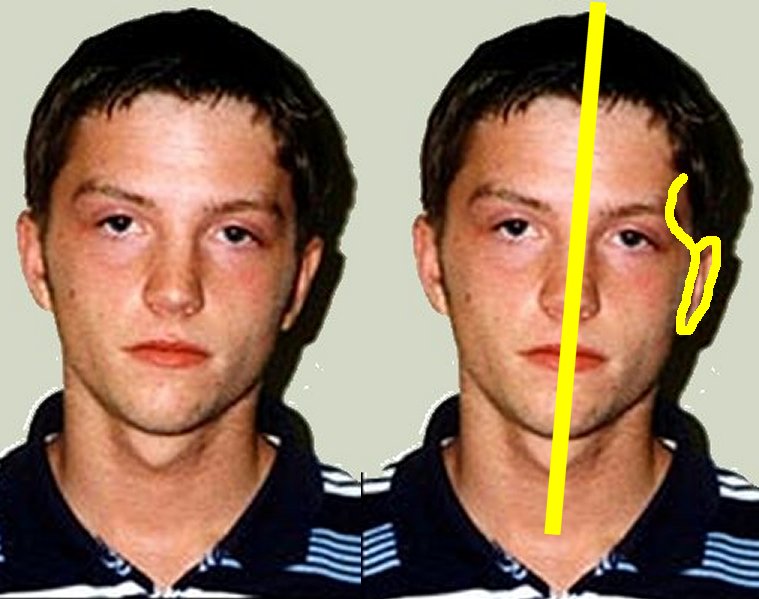 On an entirely different note, there is another interesting observation that can be made about this example picture. According to The Pyramid View Of The Human Body, which is one of the theoretical views of the human body created for Happeh Theory, the human body behaves like a pyramid. The following image is the definition picture for The Pyramid View Of The Human Body. 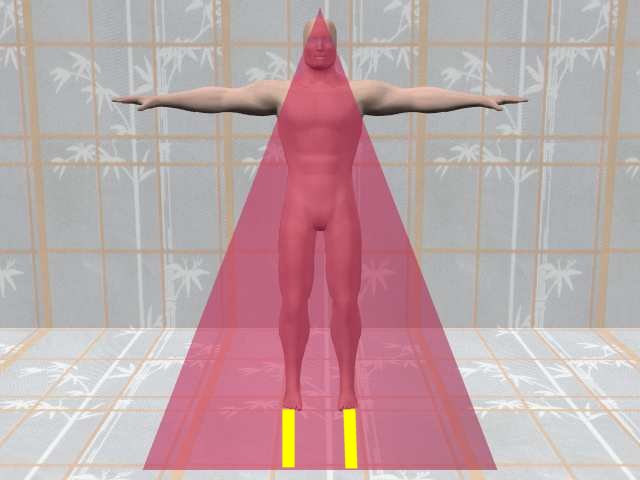 and the peak of the pyramid rises up over the head.

Keeping the claim there is a pyramid  within the human body and where it is said to be located according to the previous pictures, take a look at the example picture again.

Did you find anything pyramid related? If you did not and you are seriously interested in this material, you are going to have to train yourself to be more observant. There is a pyramid smack dab in the middle of the man’s forehead. 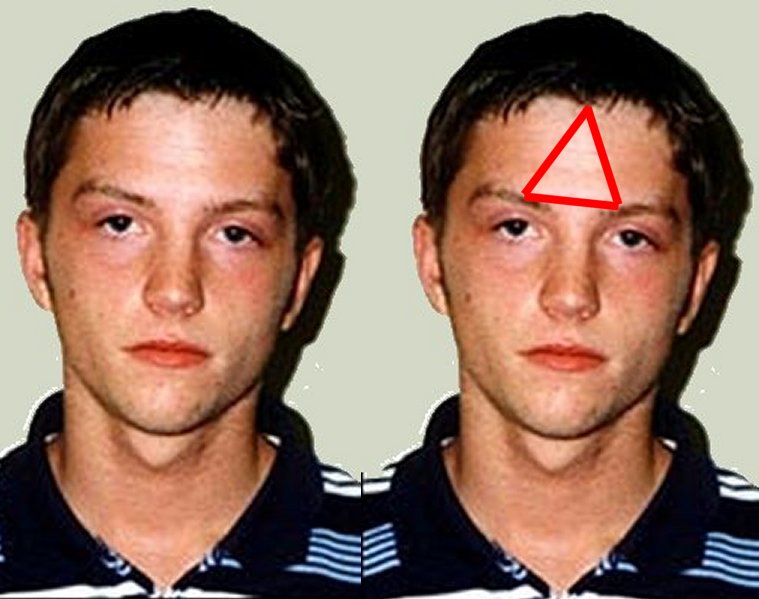 The actual pyramid on the man’s forehead is corroboration for the claim the human body behaves as if there is a pyramid inside of it.