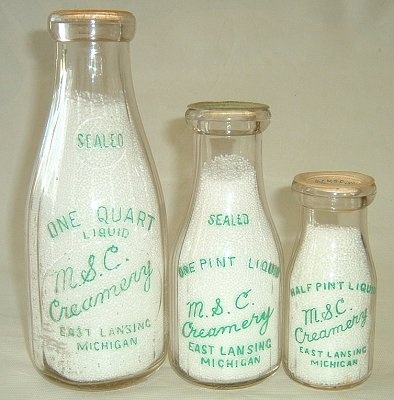 Each of the milk bottles above is obviously a different size. We all know from common experience, that there is more milk in the larger quart bottle, than there is in the smaller one half of one pint bottle.

Scientists claiming that the size of the head has no influence on the thinking ability or personality of a human being, is like saying that the size of a milk bottle has no influence on how much milk it holds. That statement is so obviously proven false by the picture of the milk bottles above, that a person has to wonder if scientists are stupid, or if they are liars.

The next picture compares some different sized human heads 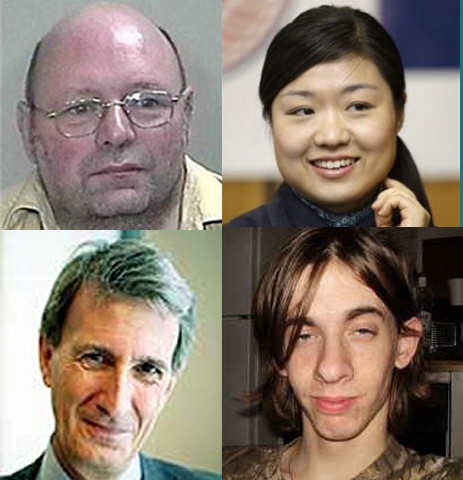 To make it completely obvious how different the heads are, the picture below superimposes the older man with the narrow head, on both of the example large headed people. 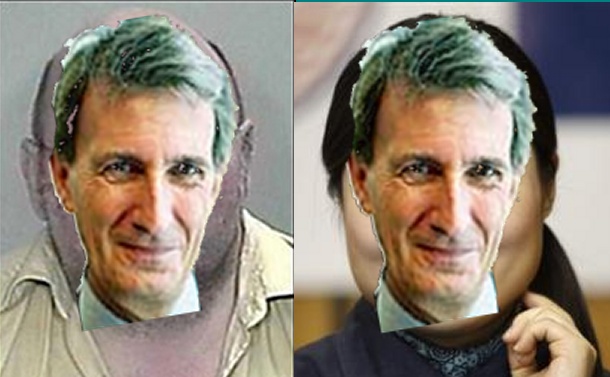 It seems completely obvious that the larger heads would have more brains in them, while the smaller heads would have less brains in them. It seems completely obvious that since the brain is involved with thinking ability and personality, the size of the brain will affect the thinking ability and the personality.

How can it be proven that the size or the shape of the head affects the personality?

The answer is so obvious that it boggles the mind that a scientist needs to have someone tell them. Here are the pictures of the example heads again.

The proof that the size and shape of the head affect the personality, is the life experience of any human being on earth.

Why is it necessary to prove life experience to a scientist? How do you prove life experience to a scientist? How can scientists insist that phrenology, the claim that the size and shape of the human head affect the thinking ability and the personality, is not true, when any reader of this page can look at the pictures of heads above, and make some kind of guess as to the thinking ability of the person, and what their personality might be like?

According to Happeh Theory, it is only a matter of time and scientific studies before modern science admits that the basic claims of phrenology are correct. Modern science will eventually verify that the size and shape of the head does affect the mental ability and the personality of a human being throughout it’s lifespan.

2 Responses to “Phrenology and Common Sense”